Artistic collaboration project between Marseille and West Africa, which will bring together 15 musicians for a great ball in the colors of summer. Radio Babel, Christophe Dal Sasso, the National Orchestra of Senegal are the protagonists involved in this unforgettable experience.

Concert in partnership with the Museums of Marseille.

Jeed 4 is an original musical encounter of a string trio composed of a guitar, a cello, a double bass and an alto saxophone. This original quartet offers a harmonic journey between classical inspiration and West Coast sounds.

Concert in partnership with the Museums of Marseille.

The group is created in 2019 around the sensitive and offbeat universe of Elise Vassallucci. Composer and vocalist, Elise tells stories, moments of life on the edge of a particularly expressive voice with musicians who enrich each arrangement and make each feeling vibrate.

Concert in partnership with the Museums of Marseille

Watching her play the piano is a pure delight. As if Hiromi Uehara’s fingers were like a swarm of sparrows, tapping, poking and plucking the strings of her keyboard. Attacking with a ferocious velocity that reminds us of the rock’n’roll madness of Jerry Lee Lewis, sometimes causing the artist, standing in front of her piano, to laugh. The experience is not only a delight for the spectator, it is also clearly for the artist, whose immense smile translates all the happiness of playing.

Child prodigy, masterful pianist capable of playing Rachmaninov or Mozart in reverse, Hiromi Uehara performed on stage with Chick Corea at 17. A good start. But it is at the Berklee Music Academy in Boston that the life of this first in class takes a decisive turn through her meeting with Ahmad Jamal who becomes her mentor. At his side, she learned sobriety and depth.
Hiromi Uehara refuses to be associated with one trend or another. She likes Oscar Peterson and Björk, Bach and Sly and the Family Stone. Yet Hiromi Uehara’s four award-winning albums are unlike anything you’ve ever heard. Traditional jazz? Alternative jazz? Only she, with the help of solid musicians, knows where she is going, where the music is taking her.

Brittany has everything to do with jazz, and the best proof of this is the case of Pierrick Pédron, a native of Saint Brieuc, an eclectic and adventurous composer and star of the alto sax. After twenty-five years of career, he knows a year 2021, for the least fruitful.

In March, the young man in his fifties released “Fifty-Fifty”, the first part of a diptych, recorded between New York and Paris, an album that is the sum of all his musical desires, already crowned by American critics. In October, the Breton saxophonist was elected Instrumental Artist of the Year at the Victoires du Jazz. Two months later, he finished the year 2021 in style: he was elected French Artist of the Year by Jazz magazine and Jazz News.

“Fifty-Fifty” was born during the confinement that Pierrick Pédron used to work on the sax. Not only to perfect the practice of the instrument, but also to compose, work on harmonies, melodies, without constraints. Pure jazz that he then organized, arranged, put in order.  Bop, obviously, because that’s where he comes from, from this spirit of freedom that characterizes the style. For all that, Pierrick Pédron does not want to let himself be locked into a genre. He claims multiple influences, from the Egyptian diva Oum Kalthoum to the English rock of The Cure, passing by the popular balls and the majorettes, without fearing to lose his public. That he invites in all sincerity, always. It is his trademark.

Until a few years ago, Luca Santtana was recognized as one of the pioneers in the exploration of electro sounds and effects in Brazil.  And then Brazil changed. Jair Bolsonaro’s belching has created new discrimination, police violence, and devastation in the Amazon.

The urgency of this situation pushed the singer to change register and style, two years ago with a new album, “O céu é velho há muito tempo” (in English, The sky is old for a very long time).  To the violence of the tone, to the vociferations of the time, Lucas Santtana, only accompanied by a guitar, will oppose the intimate murmur of the bossa nova and the subtle phrasing of a Joao Gilberto. A softness that contrasts with the uncompromising lyrics denouncing the fascism of the Brazilian president, in support of the LGBT communities and the Indian populations of Amazonia. Lucas Santtana is directly in the great lineage of his tropicalist elders who challenged the dictatorship of the 60s.  The singer takes again besides one of the flagship slogans of these years of struggle: “Nobody lets go of the hand”, without doubt one of the most beautiful pieces of this album. The message is strong, but full of hope: O melhor há de chegar, the best is yet to come, also sings Lucas Santtana.

#marseillejazz 2022 Concerts, meetings, screenings, exhibition, brunch ... do not miss anything and follow us on social networks and subscribe to our newsletter

END_OF_DOCUMENT_TOKEN_TO_BE_REPLACED 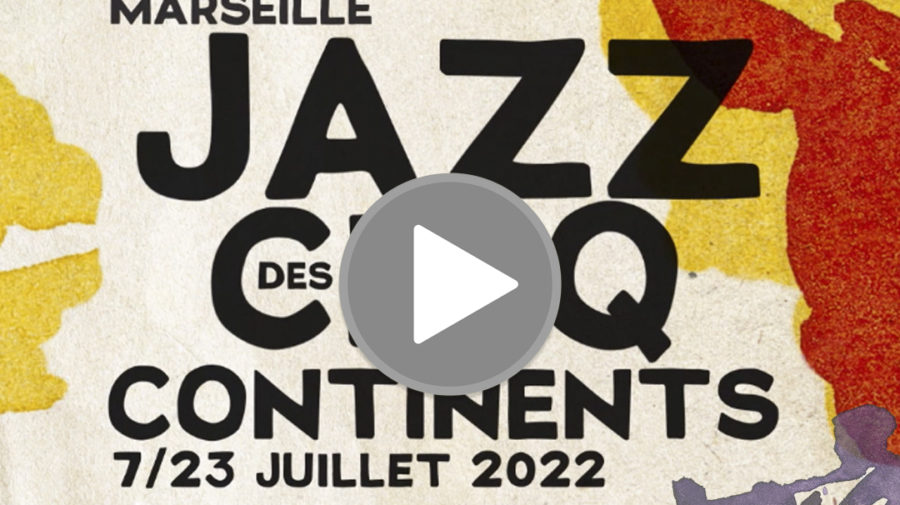 Through our teaser, discover the entire 2022 program !