Antonio Lizana is one of the most famous representatives of the new Flamenco Jazz from southern Spain. At the age of 34, Antonio Lizana has already received two Grammys. As a jazz saxophonist and flamenco singer, his show is like a “breathtaking journey from the roots of flamenco to contemporary jazz”, all set to the rhythm of his moving lyrics that bring messages of optimism and sincerity to the widest possible audience. For the occasion, he has surrounded himself with the best musicians on the Madrid scene and exposes a world that moves from Madrid to New York, carried by the jazz of his elders. He unveils many warm and jubilant soundscapes, where Neo Soul, Afro, pop, and improvisation are beaten by the same driving wind: the alma of flamenco.

An evening with the support of the Bouches du Rhône Department and the City of Pélissanne.
As part of the Capitales départementales de la culture 2022.

Solid and inspired musicians form a quartet of original compositions with accents of the southern United States. It is in the roots of New Orleans, cradle of Jazz and Blues that The Yellbows draws its energy and its eclectic flavors. Proof that Jazz is universal, they have succeeded in finely combining the fiery rhythmic, the traditional banjo and the raging brass with the language of Molière.

With Stephan Notari, singer, drummer, percussionist Matthieu Maigre on trombone, Alexis Borrely on bassophone and Thibaud Roussel on tenor banjo, we navigate with great joy in the heart of blues, folk and jazz inspirations, it’s a little crazy with a lot of swing …

An evening with the support of the Department of Bouches du Rhône and the City of Pélissanne.
Within the framework of the Capitales départementales de la culture 2022.

Les Baux-de-Provence is participating for the first time in the Arts Ephémères – Itinérance. In this site where each stone has a history, contemporary creation also “carves” its place.

Produced during a residency at Atelier Ni in Marseille, Luciana Lamothe’s sculpture responds to her recent explorations of the practice of industrial sculpture as a discourse historically erected by male artists. Her intention is to reformulate the notion of sculpture as it relates to preconceived notions of gender, as the artistic concept of hard structures has historically been linked to the male gender, and the concept of softness to a symbolic understanding of the female universe.

This work will be presented in the room of the Hôtel de la Tour de Brau, a building carved in part directly into the rock. Built at the end of the 14th century, it is one of the oldest buildings in the village of Les Baux, and is classified as a historical monument. This former hotel of Glandevès, became the property of the powerful family of the Tour de Brau by donation from King René. Luciana Lamothe’s work will resonate with medieval sculptures from Les Baux and a Gallo-Roman dolium.

From September 17 to November 13 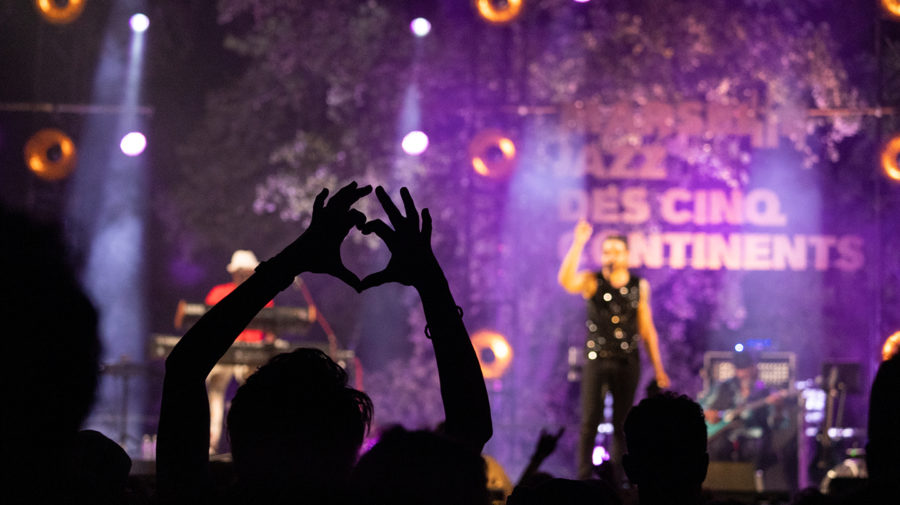 For the artists of the festival, Marseille Jazz des cinq continents is... "SPICY, OPEN, FRESH, COOL, DARING, VIBRANT, SOLAR, MIXED, CREATIVE, DIVERSE, MAGICAL!"   A look back at this magical event of the Marseilles